If you are traveling in Iceland in September, you should know this is the time of year when the sheep round-up takes place. But what is it exactly?

Sheep first came to Iceland with the Viking settlers and have since then played a very important role in Icelandic culture. Still today, there are farmers all over Iceland who use their sheep both for meat and wool. Most lambs are born in May. During lamb season, the farmers have to watch closely over the sheep and help them deliver the lambs. In the summer, the lambs and sheep are sent to gaze free in the mountains, where they can feed on the rich vegetation. If you are traveling in Iceland over the summer, you will see a lot of sheep running around in the fields, in the mountains, and across the roads. When driving, be careful because the sheep that you see on the side of the road will probably decide to cross in front of you. They are scared when they see a car coming and cannot think properly, so they sometimes run towards danger. 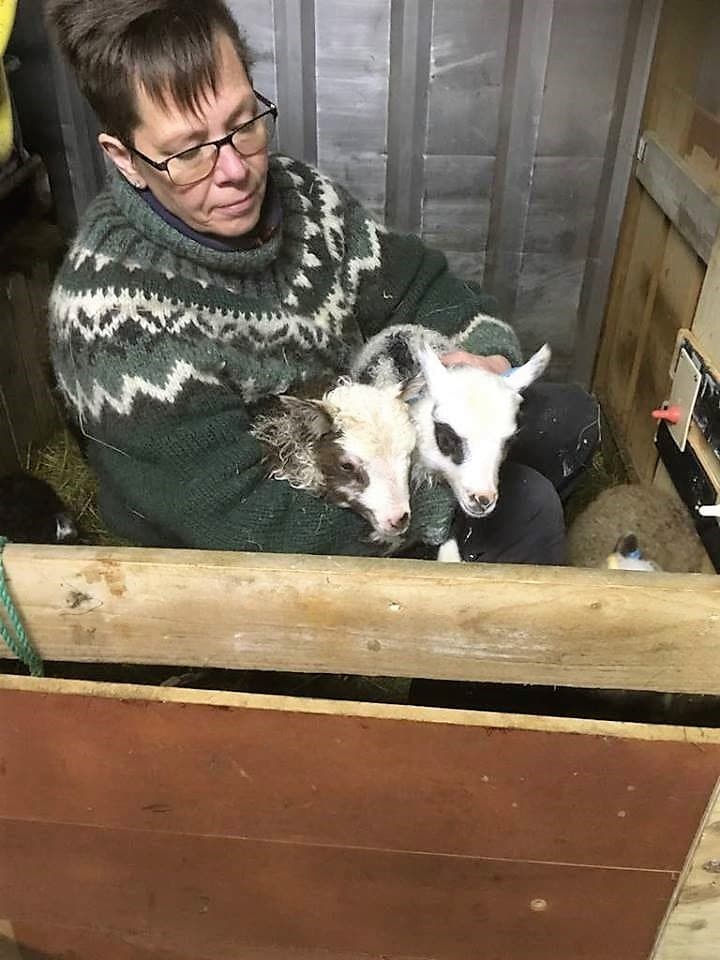 After a summer free in the mountains, the sheep are collected for the winter. The gathering, called réttir in Icelandic, takes place in September. The sheep round-up is one of Iceland's oldest cultural traditions, where farmers get together with their families and friends to gather the sheep. I was lucky enough to experience this unique event a couple of years ago thanks to a friend of mine, Jóhanna, whose family has a farm in the countryside. 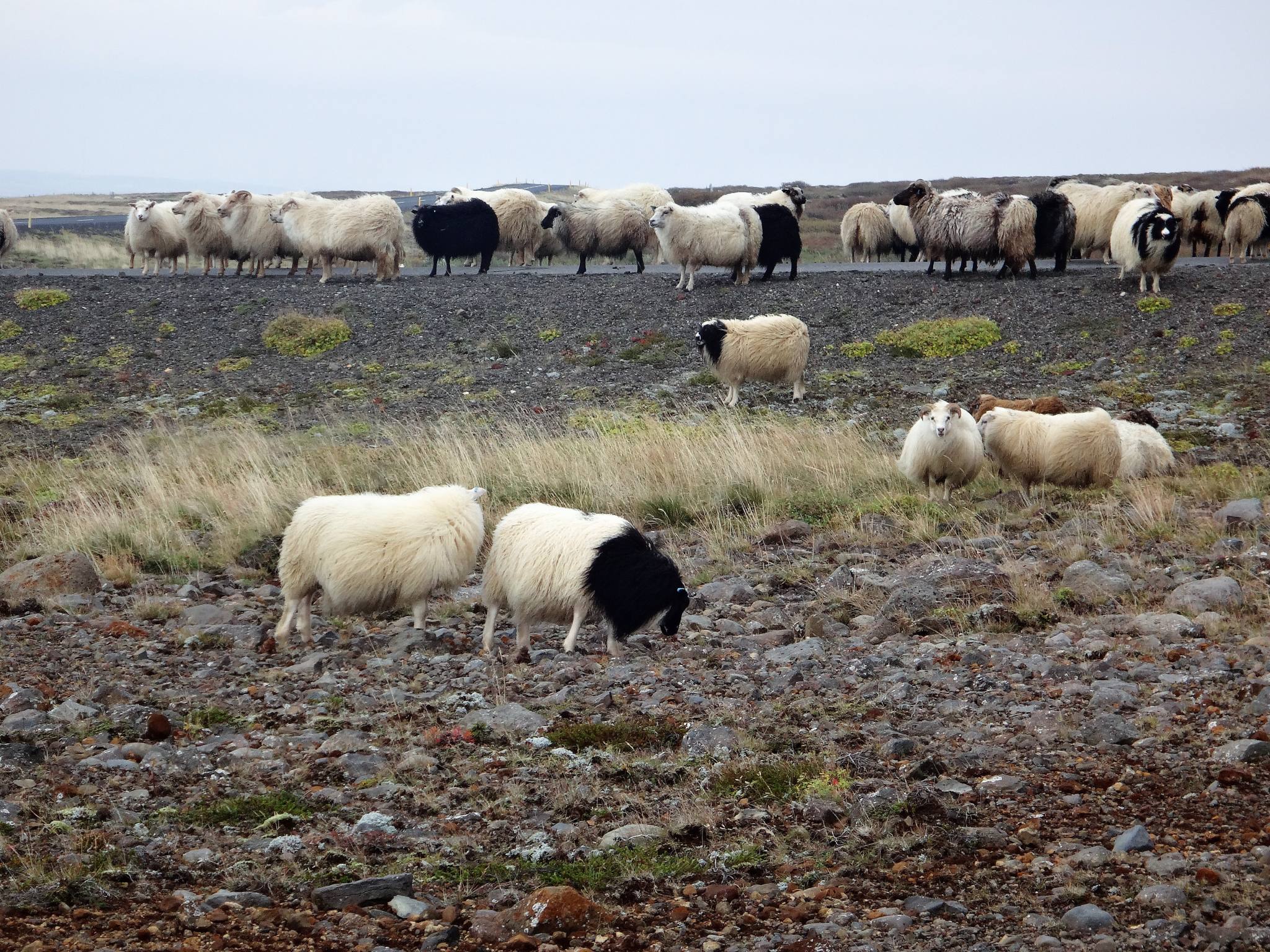 The sheep round-up is a lot of work, it involves a lot of horse riding and walking and it can take a long time. Farmers usually leave very early in the morning to find the sheep in the mountains, sometimes with the help of horses and sheepdogs. I never joined the farmers in the mountains but I did "help" walk the sheep to the pen a couple of years ago and it was a great experience. Walking the sheep to the pen, the farmers (some of them on their horses) were trying to keep the flock together, with the help of locals and children. The sheep were quite slow: some of them were trying to go in different directions, some of them were constantly stopping, tired and some wounded after a summer up in the mountains. People would run after the sheep to get them back on track, and a truck was ready for those which were too tired to walk. A fence was on one side of the road and a very long line of cars was on the other, making it a little easier to keep the flock together. It was great to see how everyone in the community was helping out and having fun, with their cars full of coffee and baked goods to enjoy. 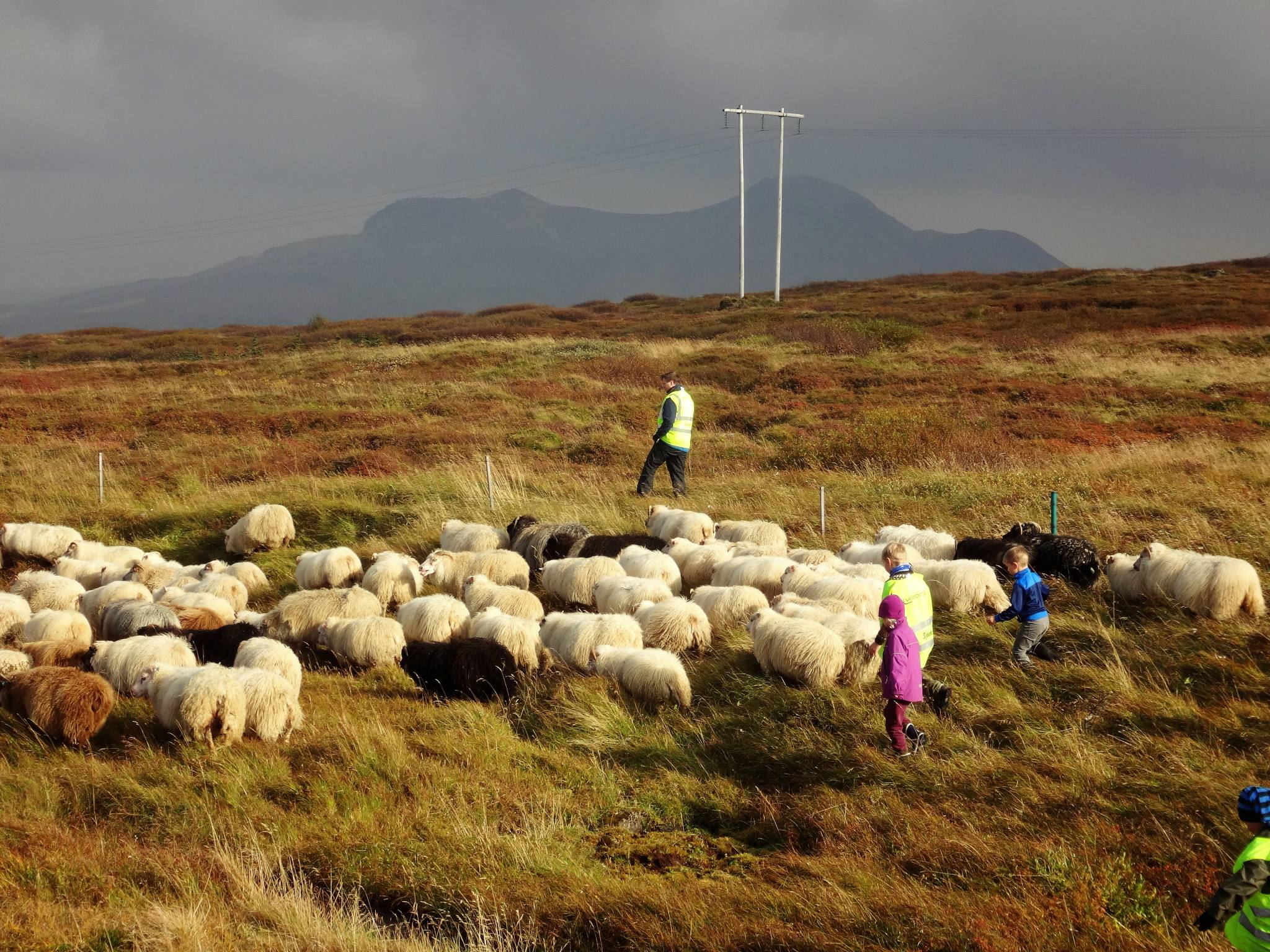 The sorting of the sheep

In Iceland, it can take a few days to collect all the sheep. Once all the sheep have been collected, they are put in a circular sheep pen. The farmers then identify and sort the sheep into their designated stall. Farmers give their lambs different ear markings when they are born, experienced farmers can recognize their sheep from far away and easily tell which farmer the sheep belong to. Seeing the sorting of the sheep was something special. It was just amazing to walk among the sheep as the farmers and the children were chasing them trying to put them in the right stall. Everything was followed by a night of celebration, with traditional singing and dancing. 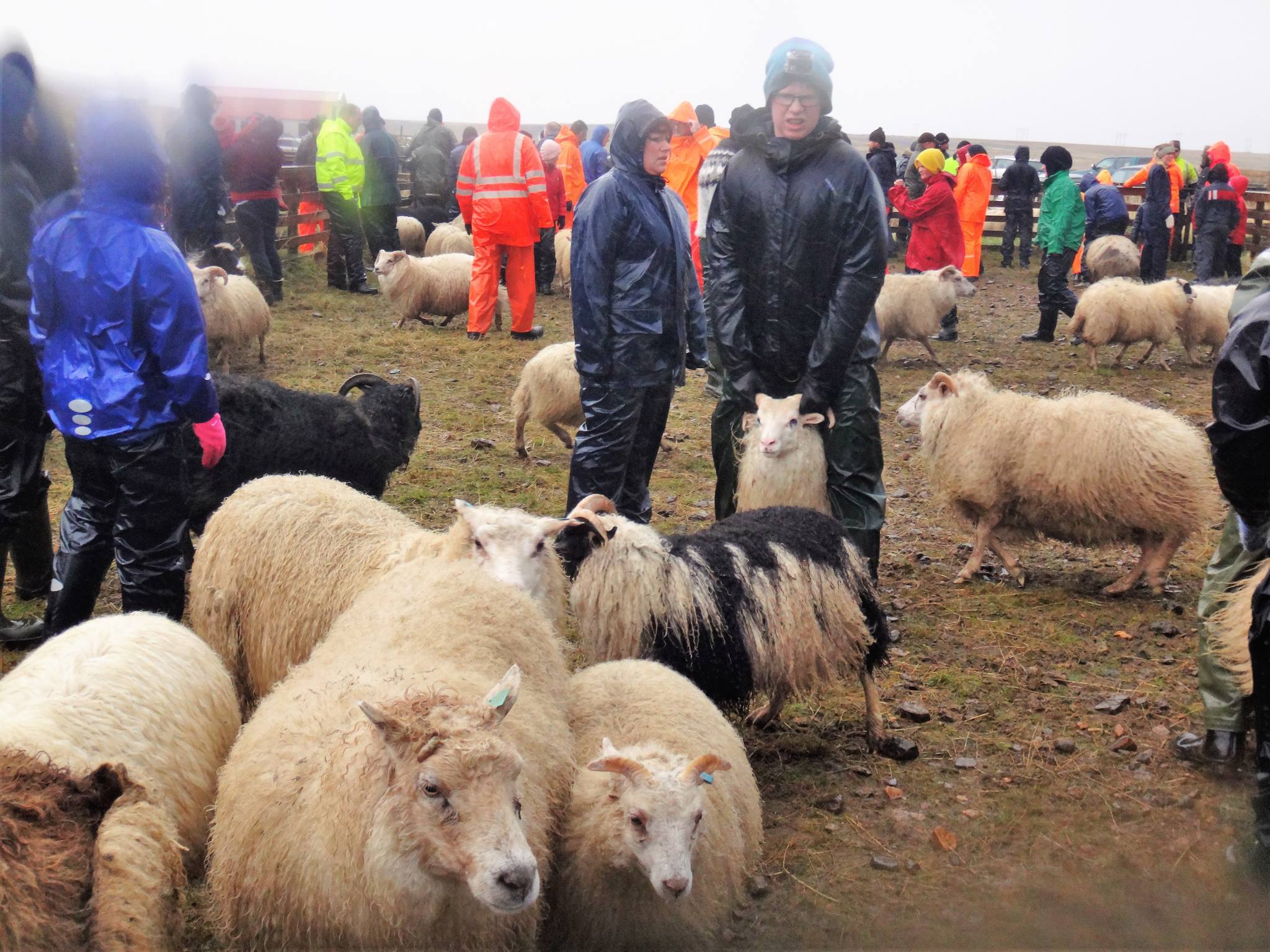 After the September round-up and the sorting of the sheep, most lambs are sent to the slaughterhouse. A few lambs and sheep needed for breeding are kept in the farms over the winter, then summer comes and the whole cycle starts again. Icelandic lamb meat can be consumed either fresh, smoked, or pickled and it is a traditional food in Iceland that you should try while traveling in Iceland. Icelanders claim to have the best lamb in the world, which is probably true considering that lambs here roam free and only eat grass and what they find in nature. Just try it when you are in Iceland and find out yourself! 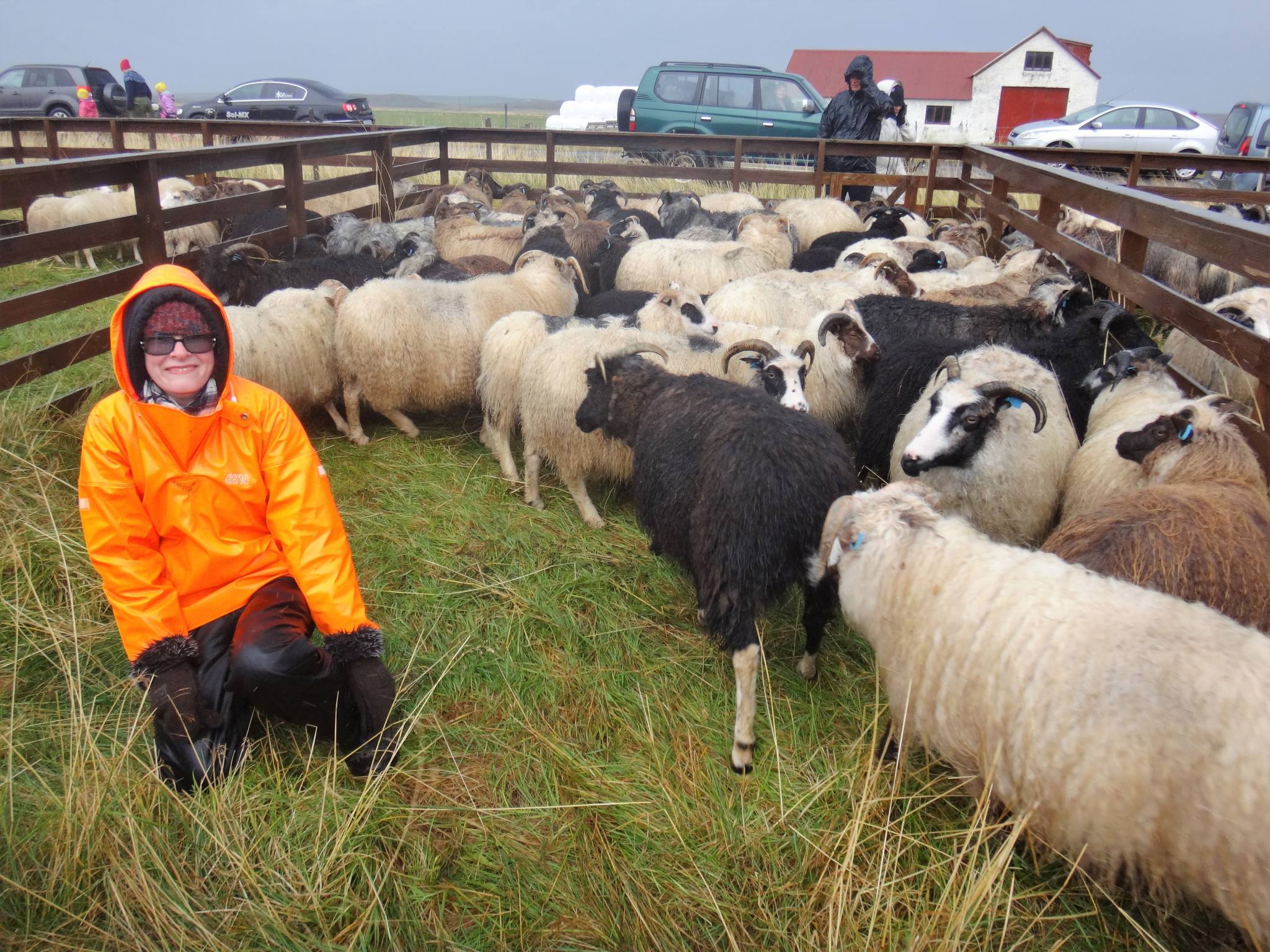 A tradition that will never die

Horses & Puffins - an amazing way to spend your day in Reykjavík!

Visit the puffin colony to get an extra-close look at these adorable birds.